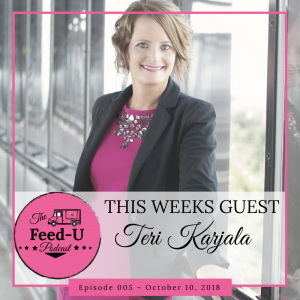 Wow!  Are you in for a treat with \today’s interview episode, where I interview Teri Karjala with Talking With Teri.  Teri is an expert in EFT (Emotional Freedom Technique) and she shows us how to use this revolutionary technique to free trapped emotions in our bodies that are keeping us stuck, broke and not where we want to be.  She walks us through step by step of the technique and shares some of her amazing stories of the impact EFT has had on her life.  There is also a Free Download of the Tapping Points Teri mentions in this episode that you can grab below.  Tune in for this exciting episode that will literally change the way you move forward in your business and your life.

[06:52] It’s the unconscious, place where we’re holding ourselves back, but we’re not really sure where and what that looks like. First of all, recognizing where that is and just starting off with a couple of questions of:  Am I where I’d like to be? Because a lot of people will say, no, I’m not, I’m not where I’d like to be, and if I were, where is that that you’d like to be? Some other questions that you could be asking yourself just to clarify, identify the stuff that’s going on with you are, what is coming up that keeps coming up? Is there a pattern or a theme in your life that keep showing its head and you see it over here maybe in your personal life you see it here in relationships, what are those concepts, things that you’re noticing and recognizing in your life. Because that will give you some clues.

[10:21] Essentially what it is (describing EFT) is acupuncture without the needles. Most people are familiar with acupuncture where they’re using needles and the various Meridians and acupressure is using applied pressure to a certain point, and then EFT is using a tapping motion. So we want to stimulate those points that are on the body (with tapping).

Terri’s Getting Started Story – SO SO Good!

[11:38] How I got connected to this, I was actually in a class and I used to be terrified, absolutely terrified of spiders. I mean, I can’t even tell you, like I was beyond terrified and I was in this class training and there was a little tiny spider that was on the floor and it comes crawling across and I found myself like pulling my legs up into my chair and then all of a sudden I start to panic.  After a few minutes someone goes, are you okay?  So I leaned over and I said, I don’t want to alarm you, but. I think we’re all going to die. And, they were like what? There’s a spider in here and I think we are all gonna die and I’m like, almost in like full panic. I was just like I couldn’t contain it anymore. And so they actually, the professor of the class took a 15-20 minute break just for me to calm myself down. So there’s a guy sitting next to me, he’s like, I see that you’re really terrified of spiders, can I do this tapping thing on you? And I’m like, okay, crazy guy. I think like I’ve had this fear for like, I dunno probably at the time, like 23, 24 years. I’m like, sure, I’ll do anything. He starts tapping and starts doing this and that and I’m looking up and looking down and humming and I’m like, this is like literally the craziest thing I’ve ever experienced. Like this guy is what is this guy now? So I leave that class and I was calm afterward, came back, finished up the class and that probably about two weeks later I was out on a boat dock and I was just walking on the boat dock and there was a spider web and I had walked through this spider web and I did NOT freak out, but I didn’t know that I didn’t freak out, which was interesting. Then probably about a month later after that, there was a little tiny spider in our bedroom, so I went over and I took a tissue and I took it off the wall and I, don’t judge, but I flushed it, and my husband looked at me and goes, what’d you do?  I go, what do you mean?  He says –  no, what did you just do? And I’m like, well, there was a spider. I took care of it, like, what’s the big deal? And he’s like, there was a spider and you took care of it and we didn’t have to call the police, we didn’t have to call the fire department, we didn’t have to evacuate the building, we don’t stay at a hotel for two days. What’s going on? And I was like, oh my gosh, there was this guy, this crazy guy doing this tapping stuff on me.

Listen to the entire episode here:

Be The Magic of You

1.  Know Your Strengths, Non-Strengths and Be Aware of Strength Overuse (burnout)

3.  Your unique contributions help you to stand confidently in your own brand

Love this episode?  Leave Us A Review and Please Subscribe

We use cookies to ensure you have the best experience on our site. If you continue to use this site we will assume that you are cool with our Terms.All Good! Reject
Privacy & Cookies Policy

This website uses cookies to improve your experience while you navigate through the website. Out of these, the cookies that are categorized as necessary are stored on your browser as they are essential for the working of basic functionalities of the website. We also use third-party cookies that help us analyze and understand how you use this website. These cookies will be stored in your browser only with your consent. You also have the option to opt-out of these cookies. But opting out of some of these cookies may affect your browsing experience.
Necessary Always Enabled
Necessary cookies are absolutely essential for the website to function properly. This category only includes cookies that ensures basic functionalities and security features of the website. These cookies do not store any personal information.
Non-necessary
Any cookies that may not be particularly necessary for the website to function and is used specifically to collect user personal data via analytics, ads, other embedded contents are termed as non-necessary cookies. It is mandatory to procure user consent prior to running these cookies on your website.
SAVE & ACCEPT

82% of Small Businesses Fail Without A Great Sales Funnel!

Yours doesn't have to.

The Sales Funnel Guide is your roadmap to creating a customer journey that attracts more leads, builds long-term relationships, and increases sales.

Is your free download forever on your to-do list? What if you could get it done in 5 Days and check it OFF of your to-do list? You can! The bonus, you will avoid email list envy because you will FINALLY be growing your list!

Register for the Live Training

5 Days to FINALLY Create Your Opt-in

Let's face it, you need an opt-in. EVERYONE needs an opt-in if they are in business today. But if yours is forever on your to-do list, I've got a solution for you. Let's FINALLY get it done in 5 Days and you can forever more check it OFF of your to-do list. Added bonus it will finally start earning it's worth by growing your email list.

Including a LIVE Training on Friday August 9th at  12pm ET

Register for the LIVE Training 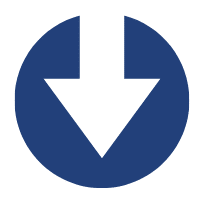 Small Business Marketing Doesn't Have to Be Complicated

5 Simple Steps Will Help You Create A Strong Business Foundation

p>Grab this free checklist to ensure you aren't missing a beat when it comes to setting up your small business online.

Reignite Your Mojo and Plan Your 2022 Success

Your guide to reigniting your mojo and planning the best 2022 ever!

Take back your time and increase your sales and sanity!

Join the 5-day email challenge and create a welcome series that will knock your new subscriber's socks off!

350 Words To Help You Steer Clear of the SPAM Folder

Download this 350-word checklist and avoid these words when writing your emails or headlines so you can avoid the SPAM folder and get more of your emails read and clicked on.

Get on the list & be the first to know when